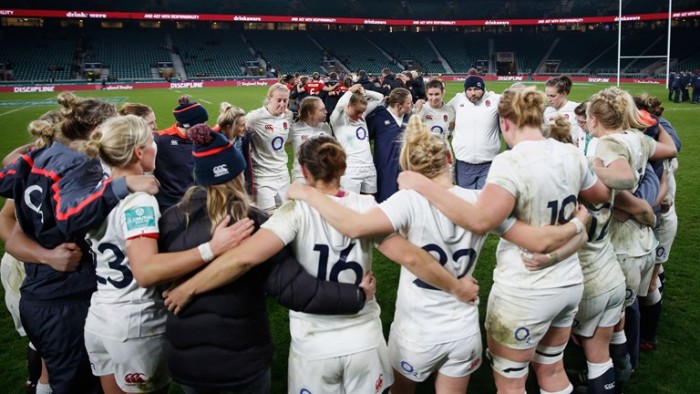 England Women will play the Barbarians for the first time at Twickenham this summer.

The game will be on Sunday the 2nd of June and will be played before the mens game, with kick off at 12:45pm.

The Barbarians are an invitational team which has been playing national sides on a regular basis since 1948. Their women’s team have recorded victories against Munster and the British Army. The upcoming game against England is set to be a great challenge for the Barbarians team, the Barbarians chairman, John Spencer stated “For the Barbarians to face an international side is a great opportunity for the club. To have two teams taking on England at Twickenham means we can showcase all that is good about the game.”

England women Head coach Simon Middleton believes the game is “excellent opportunity” for his squad to prepare for their summer tour in July. He is also believes that “Connecting both the men’s and women’s Barbarians fixtures at Twickenham Stadium is a great concept.”

It has always been a showcase game in Men’s rugby and is set to follow the same theme for the Women’s game.